You are using a web browser that may not support the design features on this site.

For the best experience, please switch to another browser. We recommend Chrome or Firefox.

At Jackson Family Dental, we are committed to providing all of our neighbors in Pageland and surrounding communities with exceptional dentistry and quality service. We want to help keep your teeth healthy and beautiful, so we provide a variety of dental services all under one roof. This includes general and preventive care, cosmetic dentistry, reconstructive and restorative treatment, as well as emergency services. We can treat all members of your family, from children to seniors.

It’s important to us that dental care be accessible and affordable for everyone. We also want to make your time in the dental chair as efficient as possible, so we proudly incorporate the latest in dental technology into our fully digital practice.

Our team of professionals enjoys taking care of patients, and we believe in providing patients with the very best in modern dentistry. We work hard to provide ethical, patient-centric treatment. Our high-quality service focuses on teaching our patients about preventive care so that they can enjoy healthy teeth and gums for the rest of their lives.

We look forward to serving you and yours for many years to come! 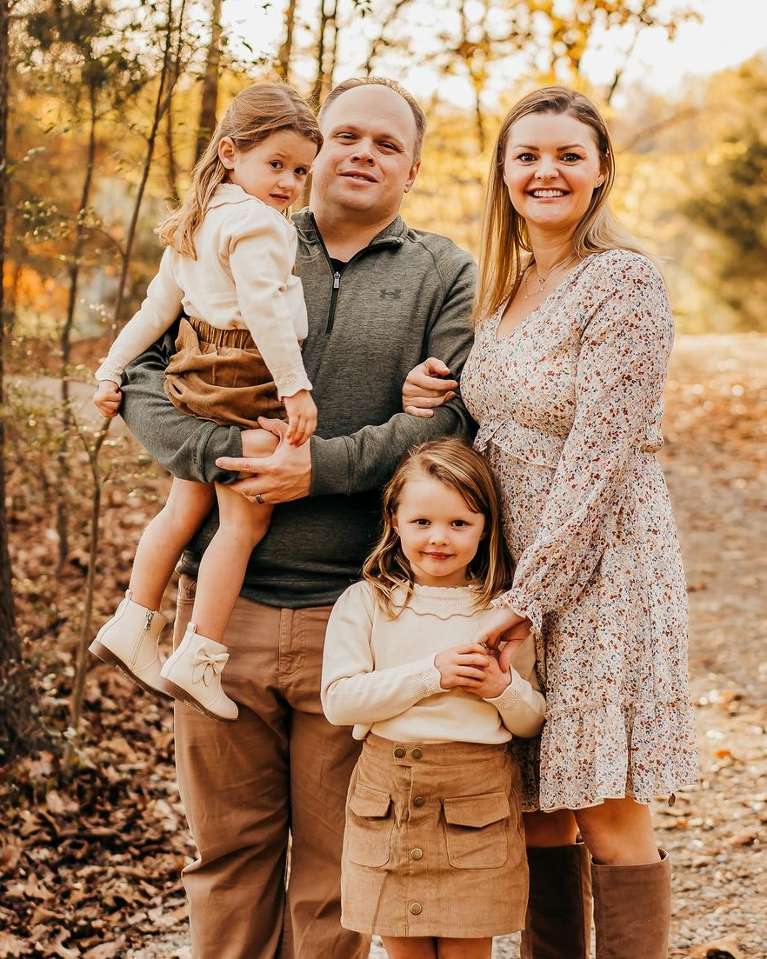 Dr. Jackson was raised in a small town outside of Jackson, Mississippi (Florence, MS). He always knew he wanted to serve in some way, and after high school, he decided to join the U.S. Navy soon after September 11, 2001. He served onboard the USS Jacksonville (SSN 699), which is a “fast-attack” submarine. Dr. Jackson was stationed in many different areas, including Norfolk, Virginia; Great Lakes, Illinois; and Kittery, Maine.

After his service in the military, Dr. Jackson wanted to continue serving while pursuing his childhood dream of becoming a dentist. When he finished his time in the military, he decided to go back to college to make that dream become a reality. He graduated from Belhaven University (Jackson, Mississippi) with a Bachelor of Science degree, majoring in biology and minoring in chemistry. Immediately after completing his undergraduate studies, Dr. Jackson was accepted to Loma Linda University School of Dentistry’s Doctor of Dental Surgery program. He was chair of the Ethics Committee through all four years of dental school. While attending dental school, Dr. Jackson made many lifelong friends, some of which were his very own patients who still contact him to this day.

Dr. Jackson enjoys all aspects of comprehensive dentistry, but particularly likes anything surgical. He has undergone very in-depth training on placement of dental implants and how to manipulate bone and anatomical limitations to be able to still provide the treatment for patients through a "Comprehensive Implant Residency Program" offered through the University of Alabama-Birmingham/Dental Foundry in Bessemer, AL. If you are wanting to consider getting dental implants, we would be happy to assist and provide for your needs. Many patients report "this is a life changer" when we replace their smiles with implant-supported dentures as well. We are passionate about providing this service to our patients.

Being from a low-income family and struggling to afford dental care as a kid, he has always been passionate about serving those who genuinely do not have the means to pay for it. He has served at many underprivileged schools in the greater Los Angeles area and has also served on an international mission trip to Valle de Angeles, Honduras, in fall 2014.

He also met his wife Holly while attending school. Holly, a middle school music teacher, is originally from Hemet, California. One of Dr. Jackson’s favorite things to do when he’s not providing dental care to his patients is to go and listen to how amazingly well Holly’s kids perform in their bi-annual musical concerts. He and Holly share another passion, which is rescuing stray dogs. They have three rescues: a 19-year-old Chihuahua named Gracie Lynn, 9-year-old Border Collie named NOLA (for Dr. Jackson's favorite football team), and a lab mix named "Stone" who they rescued while living near Charleston, SC before a hurricane emptied the dog shelters there.

On February 17, 2018, Dr. Jackson and his wife Holly welcomed their precious baby girl Ellen ("Ellie") Grace Jackson into the world. Then on September 26, 2019, they welcomed their second daughter, Nora Anne Jackson. Ellie is very into princesses, unicorns, and anything theatrical and also loves to swim. Nora is following closely in Ellie's footsteps with a love for the water, dressing up as a princess, and a love for nature and being outside.

Like many southerners, Dr. Jackson is a passionate football fan and also enjoys hiking, weight-lifting/cross-training, deep-sea fishing, and hunting. The most important things to him are his faith in God, his wife, and his two girls. He takes extra pride in the relationships he develops with patients and in providing them with the absolute most comfortable experience possible. He loves his patients like they are his very own family and believes that is the way it should be. Dr. Jackson continues to take as many continuing education (CE) classes as possible to offer his patients the most relaxing, most up-to-date treatment available. 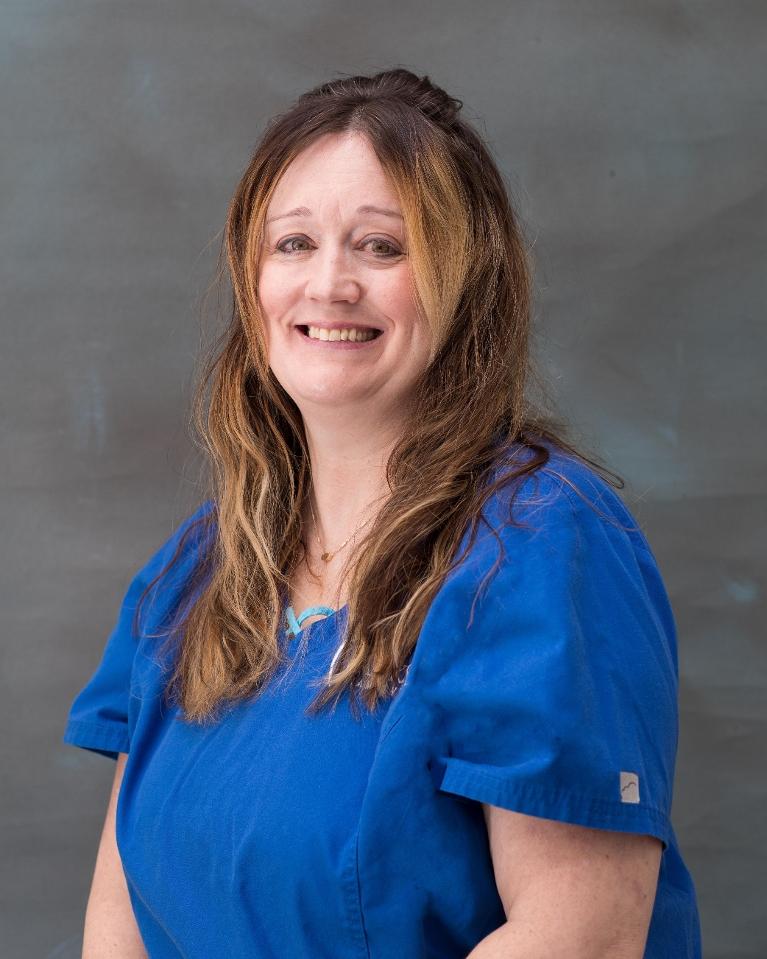 Colleen is from Lugoff, SC and now resides in Kershaw, SC. She has worked in the healthcare field for 17 years and loves music, reading, and going to the beach, as well as spending time with her 3 kids and 5 grandchildren. 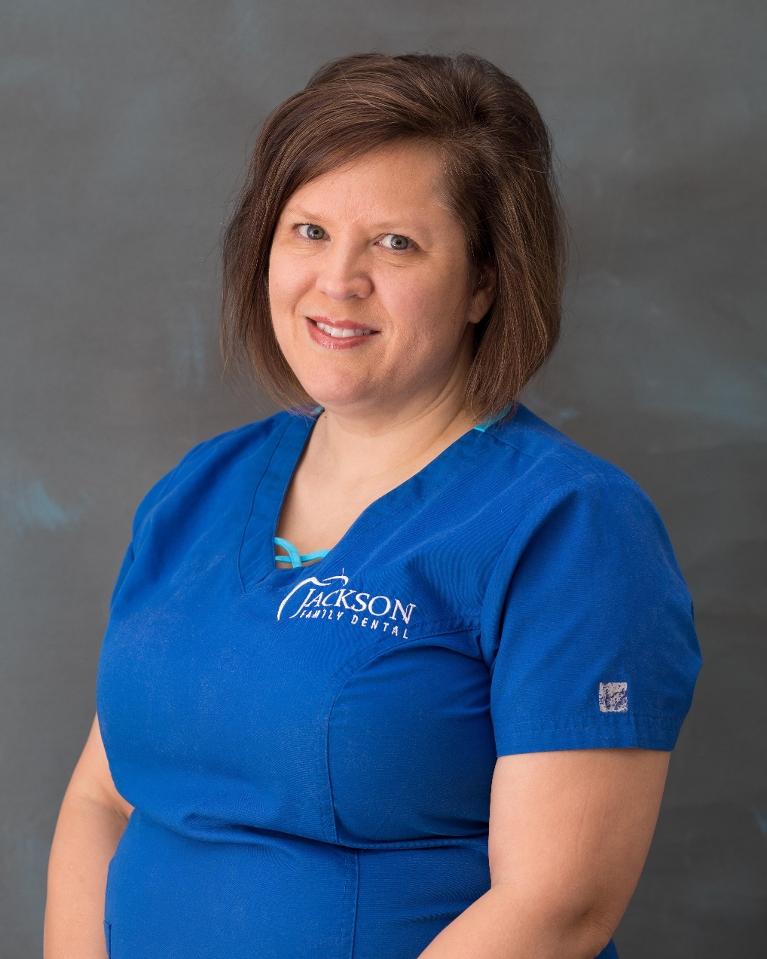 Courtney is originally from Bishopville, SC. She attended Florence Darlington Technical College where she received her degree in Dental Assisting and Dental Hygiene. Courtney has been in practice for 25 years and enjoys spending time with her family and traveling to new places. She now resides outside the town of Kershaw, SC with her husband (Jimmy) and son (Kohl). She has two dogs named Cleo and Tak.

Greta is originally from Jefferson, SC, but has lived in Pageland since 2006. She is married to her husband (Steven), has 3 boys, one stepson, and one stepdaughter. Her family has 4 dogs-Daisy, Chuncky Monkey, Huck, and Bella. They also have 4 cats-Boots, Gamecock, Tigger, and Simba.

Greta has been in her dental hygiene career since 2002. She has always wanted to be in this field since Dr. Powell came to her class to talk about how important dental health is. She enjoys getting to know her patients along with helping them maintain healthy teeth and gums. Greta loves getting young kids to enjoy coming to the dentist and to help their anxiety and also for older patients to know that getting a cleaning is nothing whatsoever to be afraid of. "God has blessed me with a gentle touch and the ability to love what I do for a career."

When she isn't cleaning teeth, her favorite things to do are baking sweet treats, shopping for good deals, and taking pictures of her favorite runner (son) and enjoying spending time with her family.

Whitney has been in the dental field for 13 years. She is a native of Pageland and graduated from Central High School. Whitney knew at a young age that she wanted to work in dentistry and did all of her job shadowing in our office before Dr. Powell retired.

She attended York Technical College in Rock Hill where she received her Expanded Duty Dental Assisting degree in 2008.

When not at work, Whitney enjoys being a wife and a mother to her two daughters. 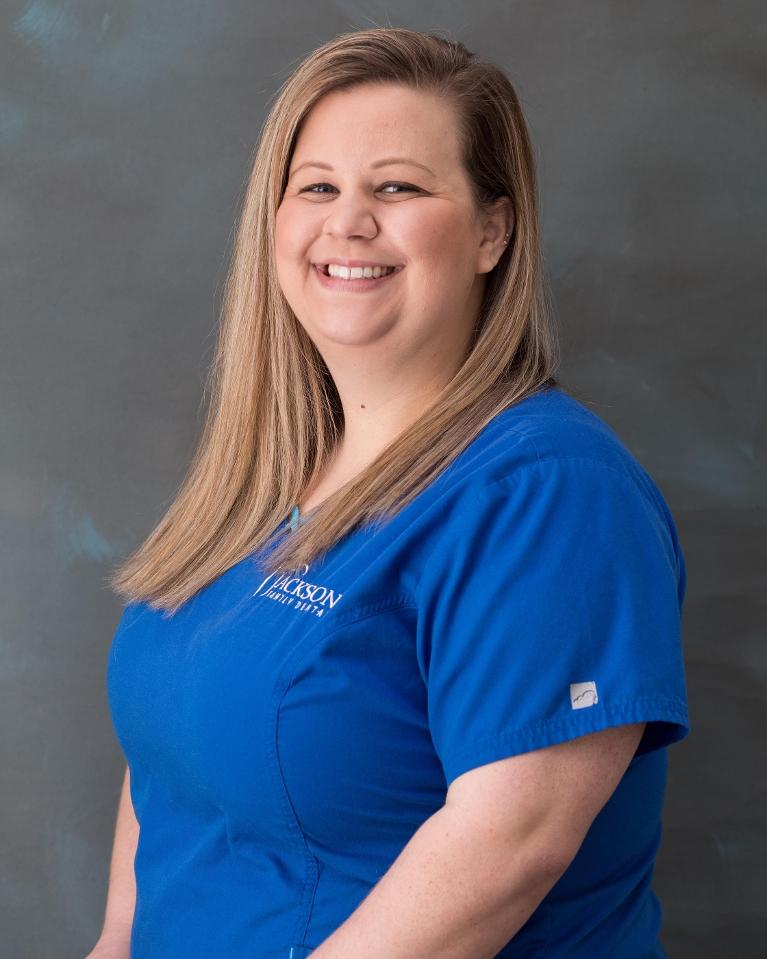 Jessie was born and raised in Pageland and graduated from Central High School where her dad coached football and softball. Her mother was a biology teacher at the same school.

Her degree is in expanded duty dental assisting, which she received from Florence-Darlington Technical College. Her love of dentistry developed because she loves working with people, especially children. “It also makes me happy to have a chance to help our patients get their self-confidence back after repairing an unhealthy smile,” she explains. “I’ve always known I wanted to work in a field where I could help others. I am fortunate in that I am serving in the practice I grew up coming to, so I know most of our patients personally.”

Jessie goes on to say that many people are so nervous about seeing the dentist so seeing a familiar face while they are there is very comforting: “Jackson Family Dental is different from other practices because we take time to get to know our patients and listen to their needs. It’s not just an 'in and out' service like many practices have become. We are a fun, friendly, and dedicated practice.”

Outside the practice, she enjoys traveling, watching movies, pulling for the Gamecocks, and spending time with her family. She and her husband, Andy, have been married since 2017 and have a fur baby named Daisy.